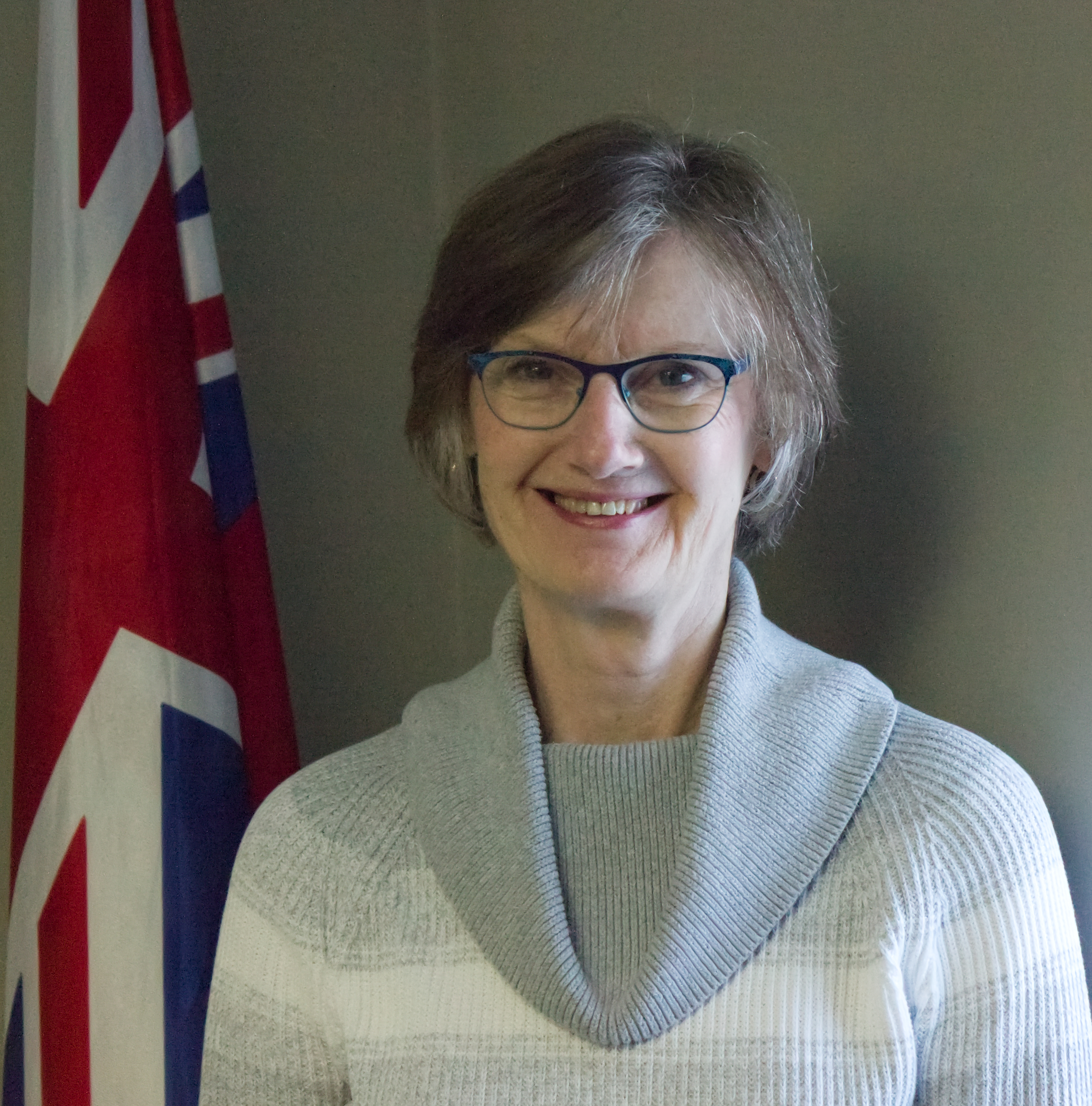 Pat exemplifies community spirit, giving her time generously to the Limberlost and Southdale communities through the London Community Chaplaincy. Pat does whatever is needed to help with projects or support local families while building meaningful relationships. Her dedication to her community never wavers. 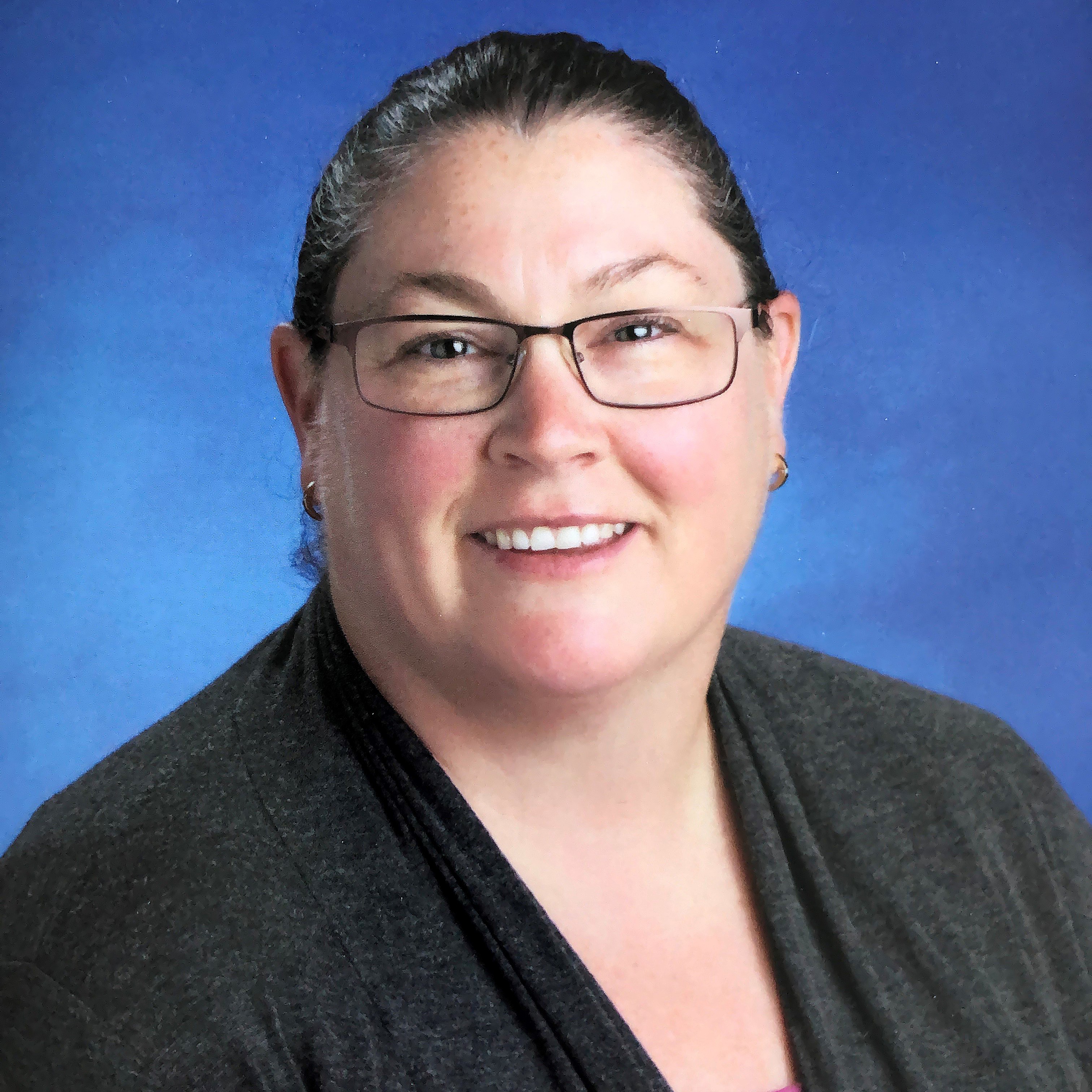 Sue has stepped up to help in nearly every role at Forest Edge Community Club, and is always in touch with the needs of her community. She also works with children at the Forest City Community Church and builds and operates a free outdoor skating rink every year for local kids. Sue’s contributions have truly kept the Heartbeat of Westmount going! 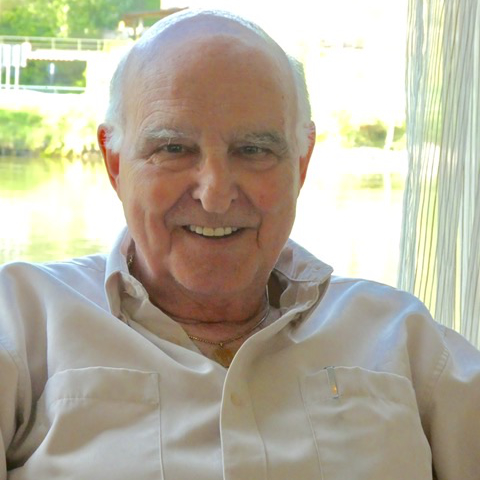 Ron recently returned to his Byron roots after decades of unparalleled commitment and service to London and to Canada. He has received numerous prestigious awards for his charitable contributions and leadership to advance health-related research and awareness on cancer, ALS, diabetes, mental health and more. Ron is truly a local and national treasure. 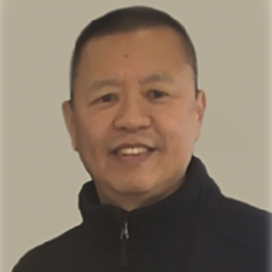 Ian worked to build bridges among Londoners of different cultures at London Multicultural Community Association, through his involvement with the London Multicultural Festival, the LMCA Gala and other events. He was a dedicated professional engineer committed to giving back to his community through service. His contributions will be greatly missed. 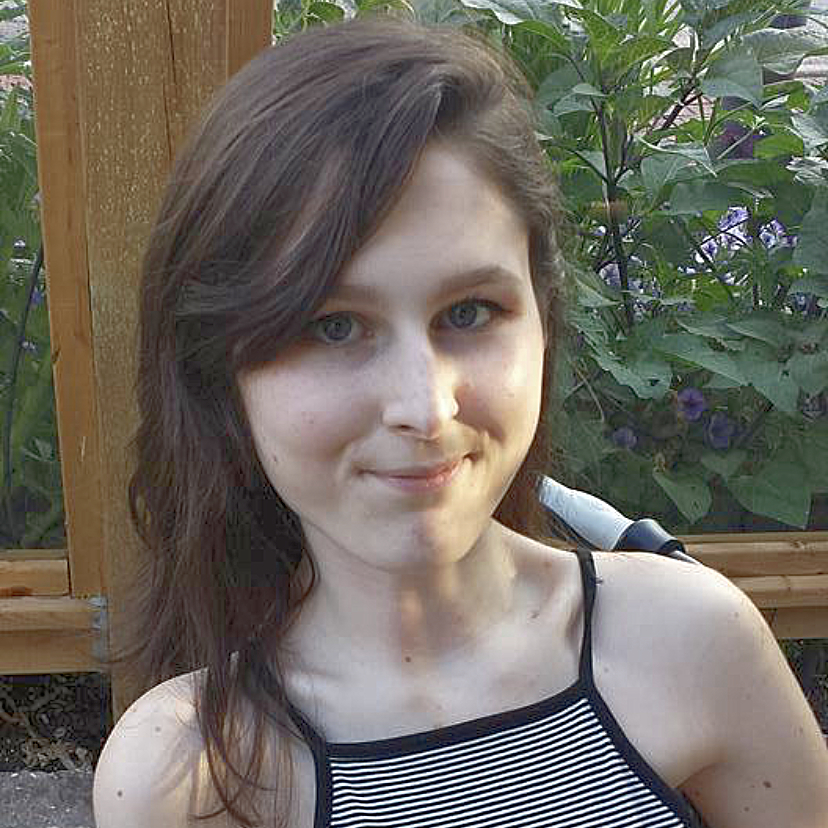 Brooke is a remarkable young woman and natural leader, admired for her perseverance while living with a rare, debilitating disease. She makes the most of every opportunity, volunteering at her school and at Thames Valley Children’s Centre. For her leadership, community service and dedication, Brooke was selected as one of six 2019 Empowered Kids Ontario scholars. 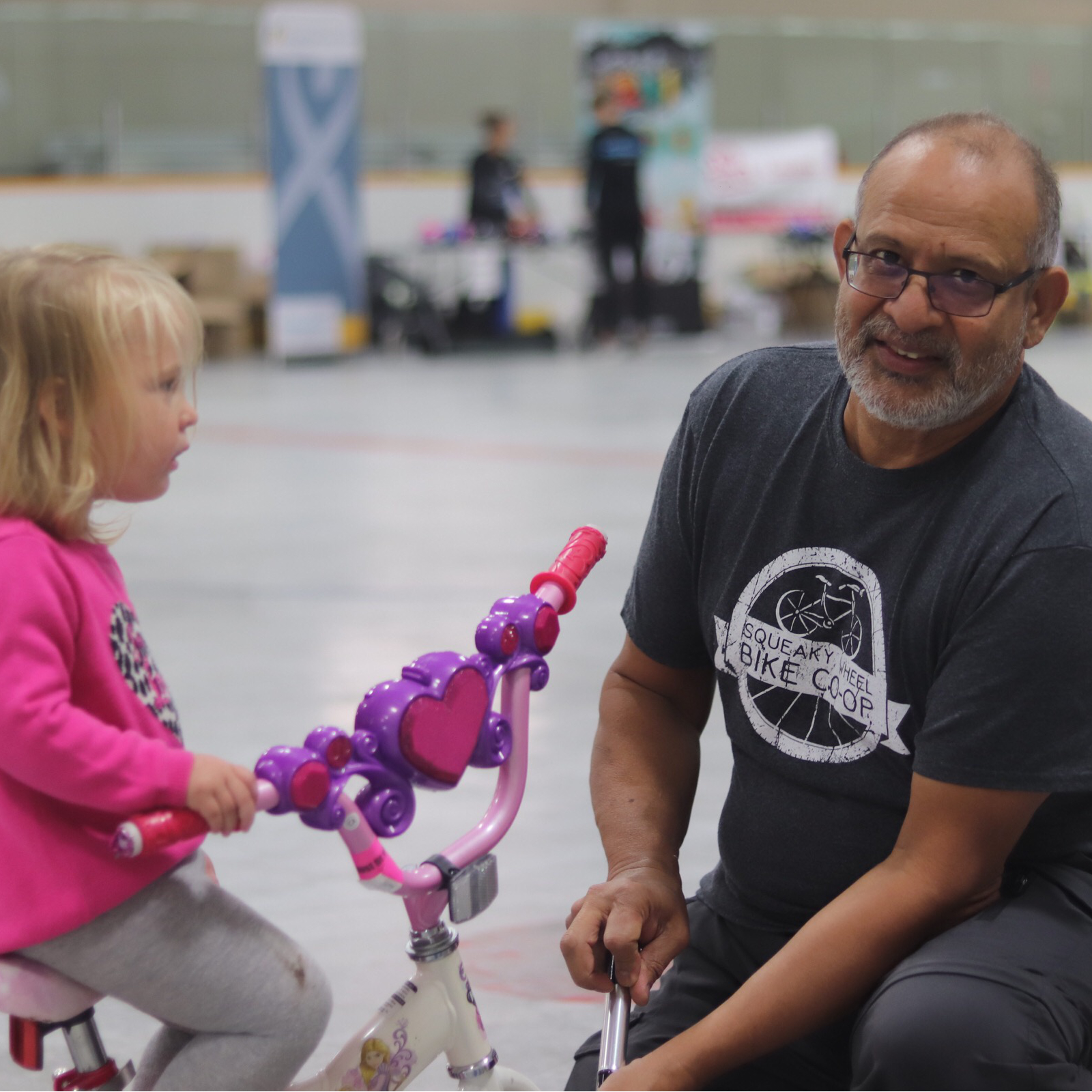 Trevor is passionate about cycling and excited about helping London become a more bicycle- friendly city. He jumps at any opportunity to help others find the joy of riding or learn how to fix their own bikes. At London Cycle Link and the Squeaky Wheel Bike Co-op, Trevor is valued and admired for his infectious, positive energy. 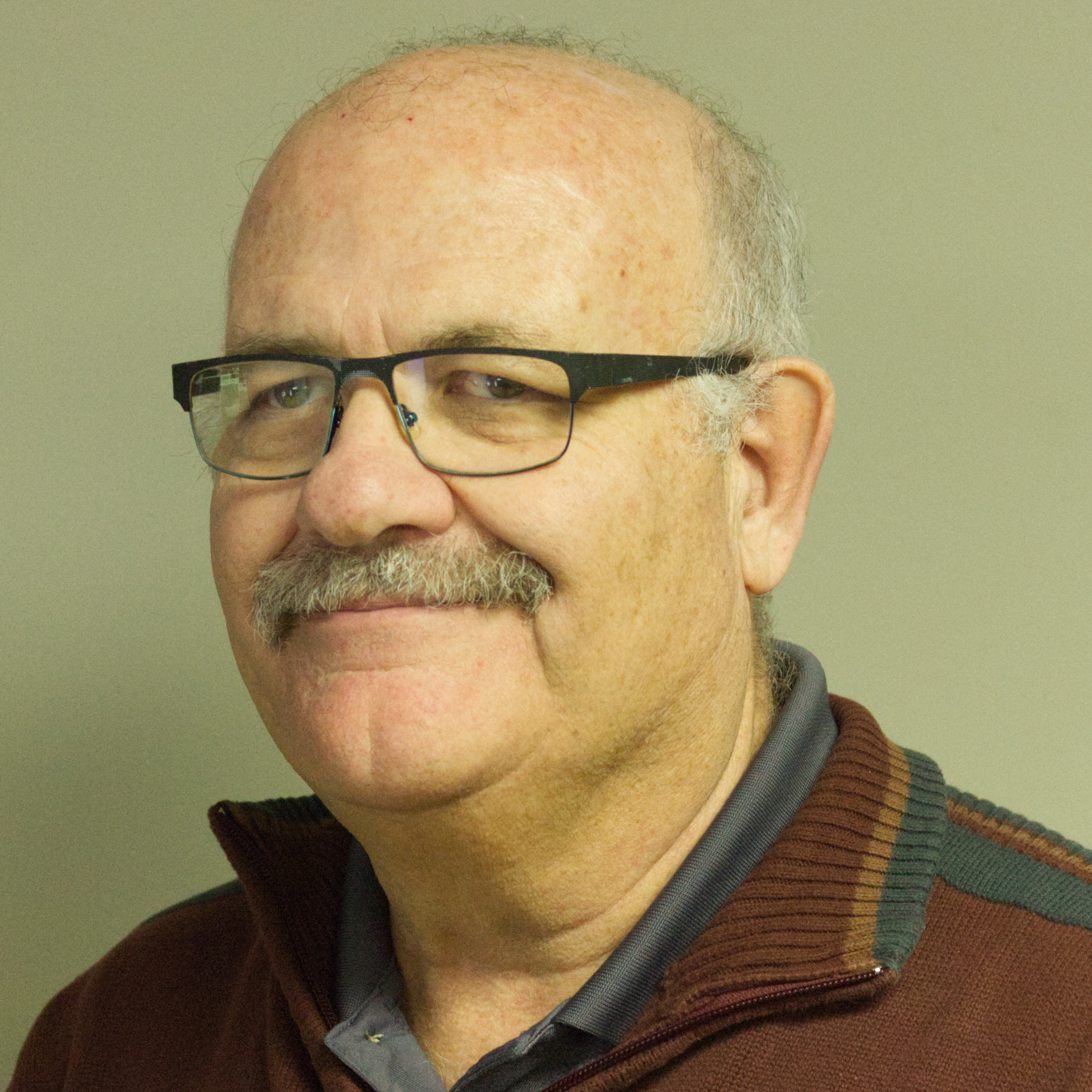 Jim has exemplified volunteerism during his 35 years as an Optimist. His service to the community has inspired many others to join in, making his club one of the largest in Southwestern Ontario. Jim is also a dedicated volunteer at the Ronald McDonald House, giving his time to make life better for families dealing with serious childhood illness. 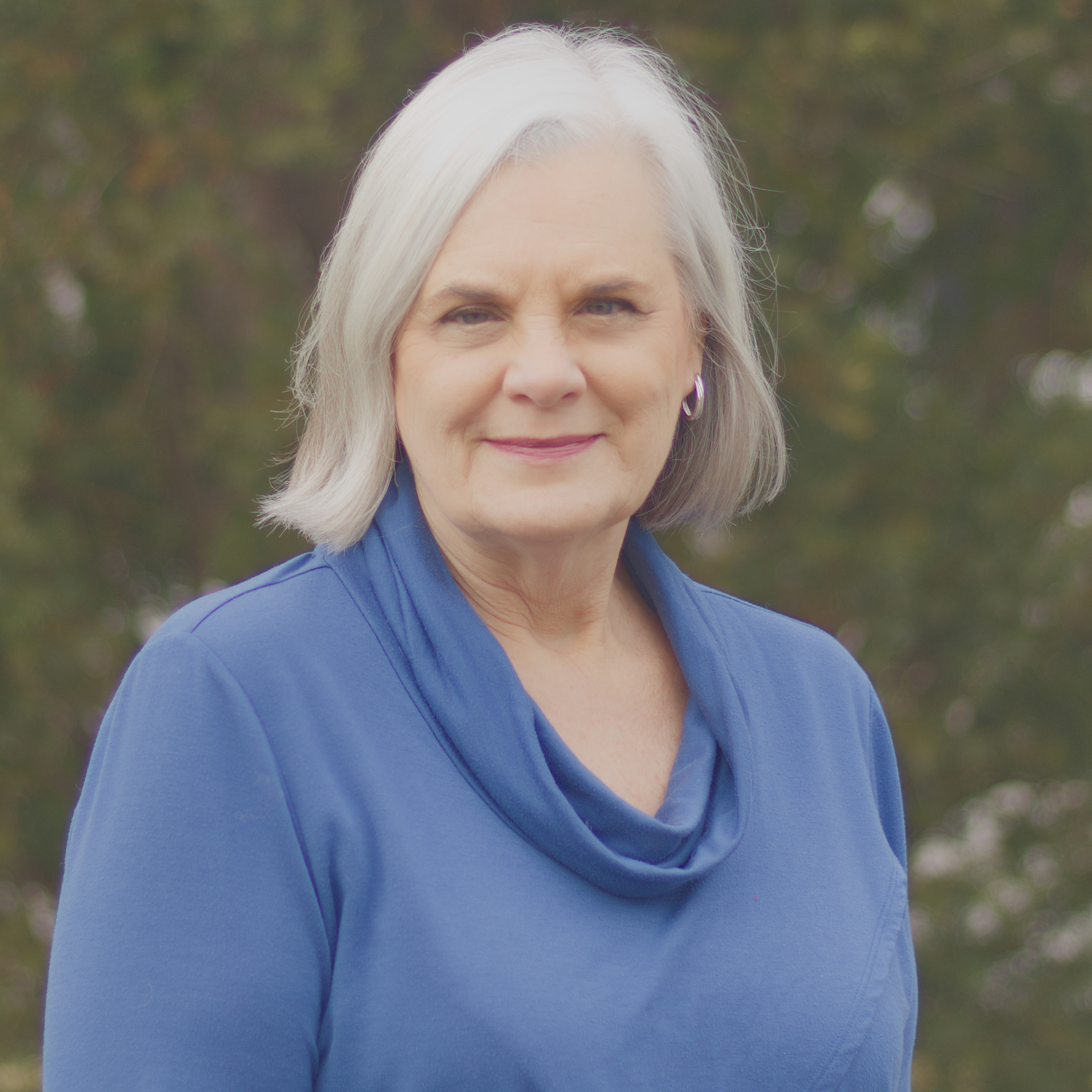 Susan has been a leader in her community for 35 years. She created the Arthur Ford Outdoor Education Foundation to plan, build, and sustain a nature park, which was an unprecedented undertaking at the time. Ever since, Sue has been part of the team helping local children embrace natural sciences and respect the earth. 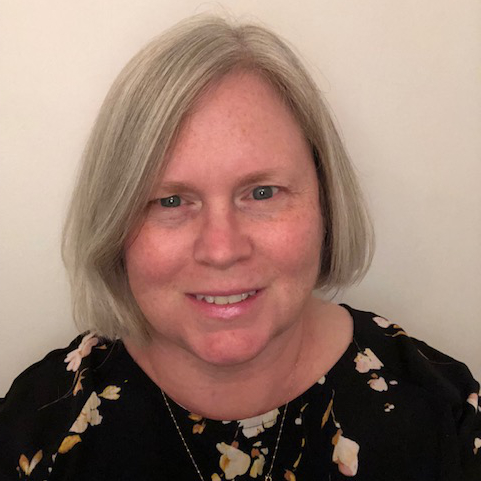 Carol is a dedicated Guider who always makes sure her group has plenty of fun while fulfilling their promise to take action for a better world. Everyone at the 88th Guide Unit also appreciates her hard work as Treasurer and Cookie Coordinator, and admires her determination in being a catalyst for girls empowering girls. 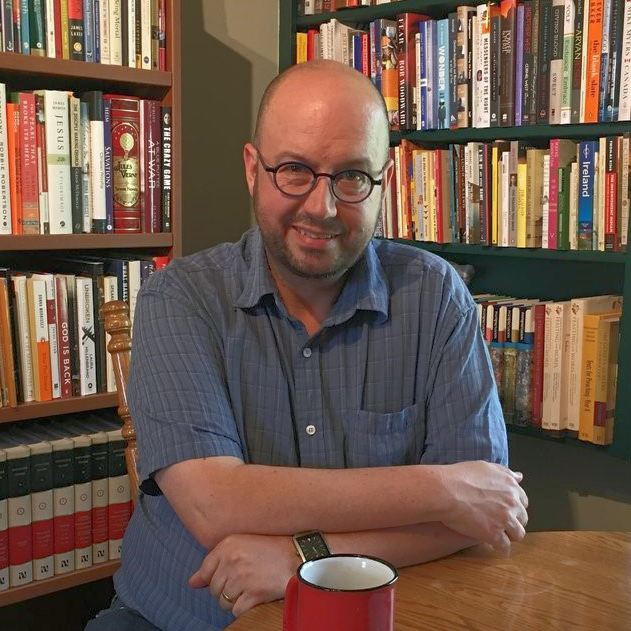 Kevin serves London as the rector of St. Aidan’s Anglican Church. In 2019, a year after cycling 2200 km for charity, Kevin gave a record-setting 55-hour sermon to raise funds for Anova, Jesse’s Journey and St. Aidan’s outreach programs. His messages of hope, inclusion, and social justice reflect his determination to bring people together as a community that cares. 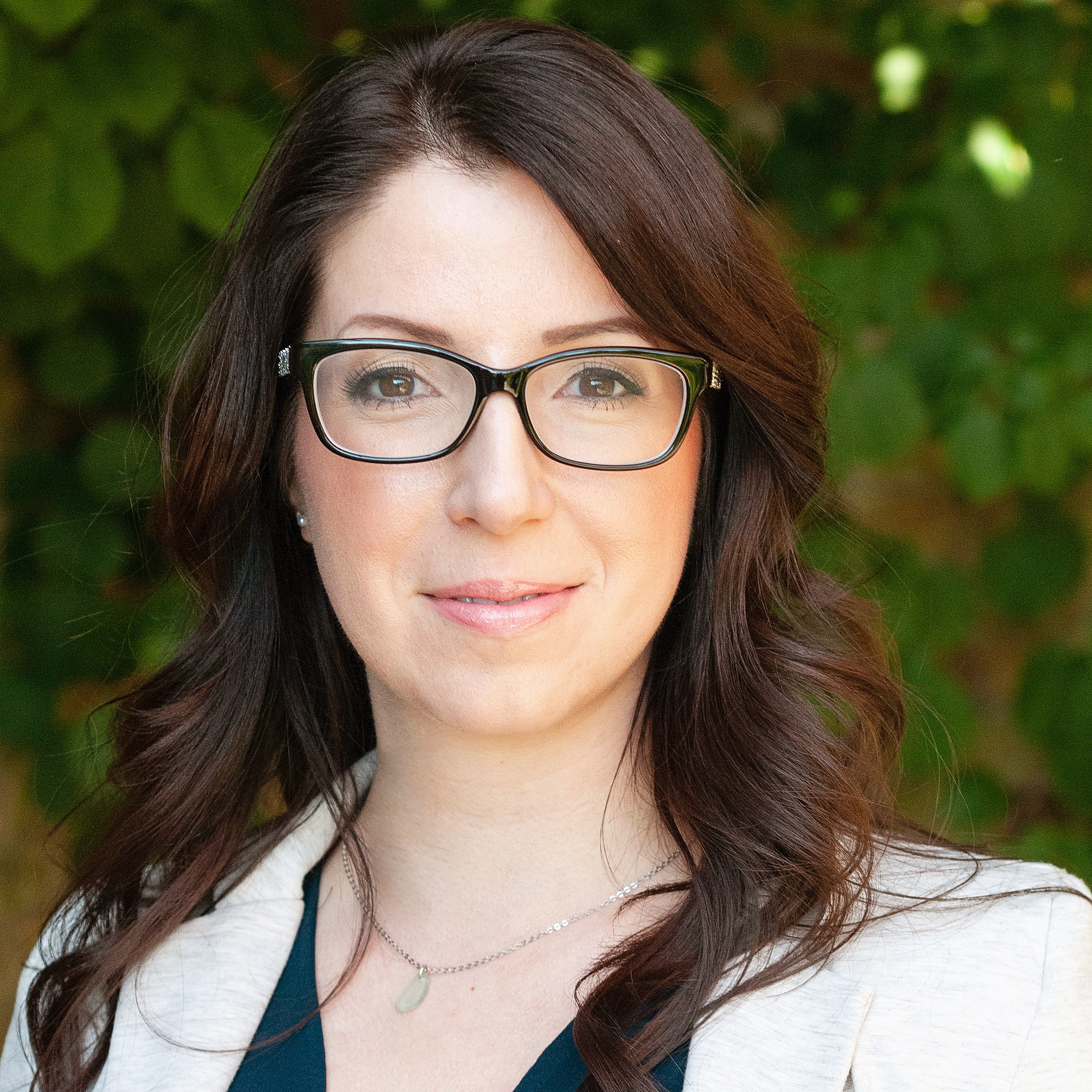 Jennifer has been a powerhouse organizer, turning The Arts Collective from an idea into a strong network of passionate members and community partners who believe in the value and potential of art. Under Jennifer’s leadership, TAC has made a difference in the lives and success of many new and emerging local artists. 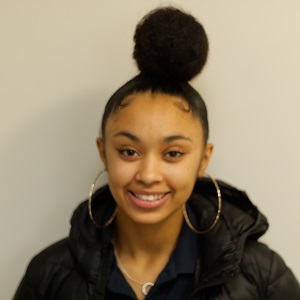 Mae has earned the title of true hero for her courage in saving her five younger brothers and sisters from a house fire in 2019. When an electrical fire sent smoke billowing through her family’s home, she got all her younger siblings safely out of the house. Mae’s quick thinking and bravery saved lives and deeply moved her entire community. 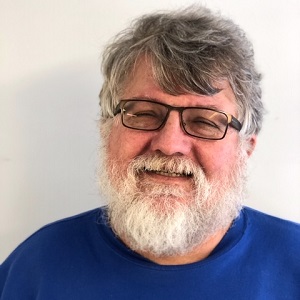 Erik grew up in the Hyde Park area, and has given back to the community through many years of work with the Hyde Park BIA. Pond Fest, the Santa Claus Parade, and Scarecrow Fest are among his many efforts. Erik’s passion for Northwest London has made it a stronger neighbourhood and a more lively and friendly community. 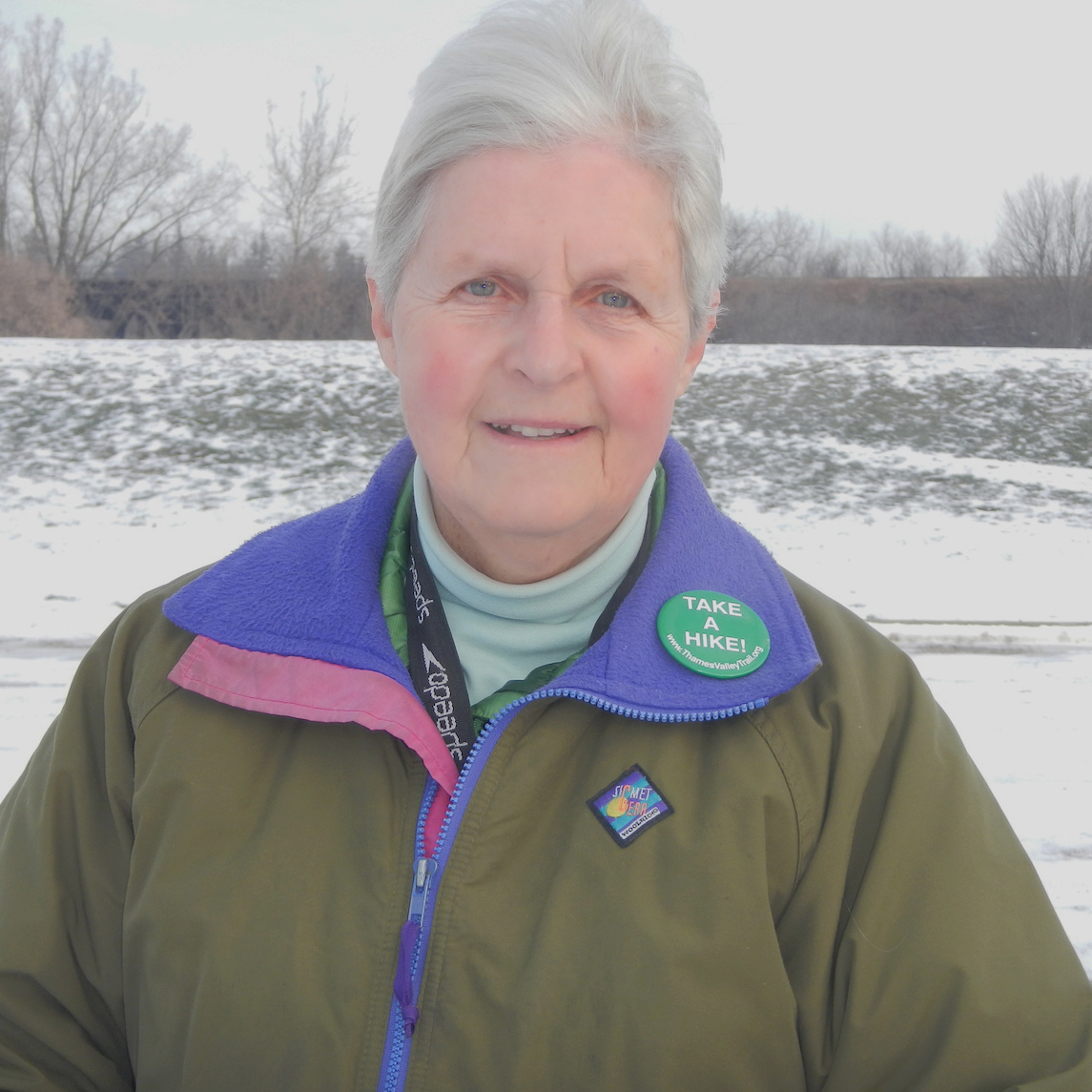 Doris has led more than 250 hikes, heading out Tuesday and Thursday mornings to help others stay active and keep fit. Through 10 years of service with the Thames Valley Trail Association Ramblers, she has worked hard to expand the club, welcoming a whole new generation of hikers to enjoy the beautiful Thames Valley Trail. 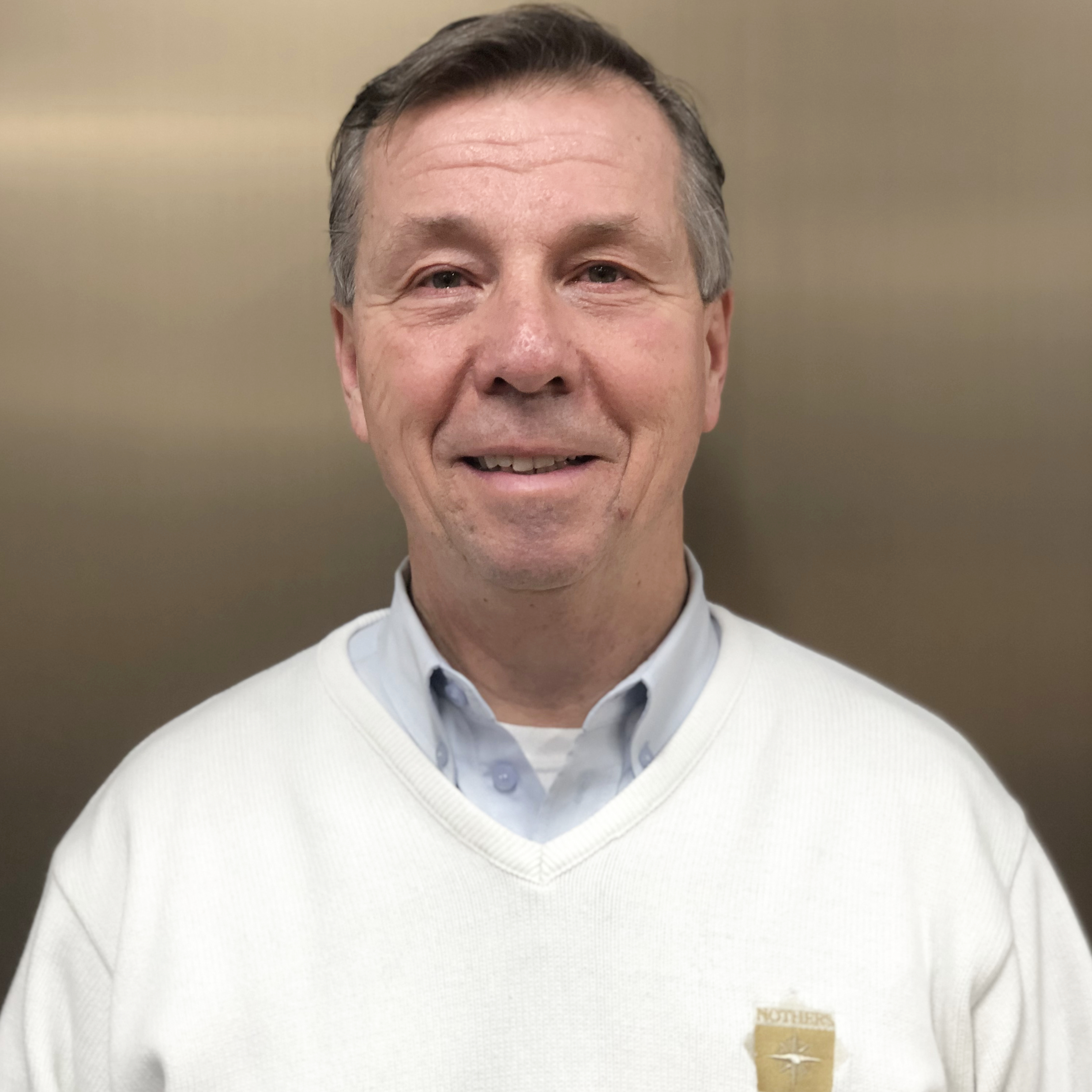 Jim’s enthusiasm for community has made him a driving force behind league sports, church projects, student recognition, leadership programs, and so much more. A long-standing Optimist member, Jim gives time to many local organizations and motivates countless others to share his positive outlook and be of service. 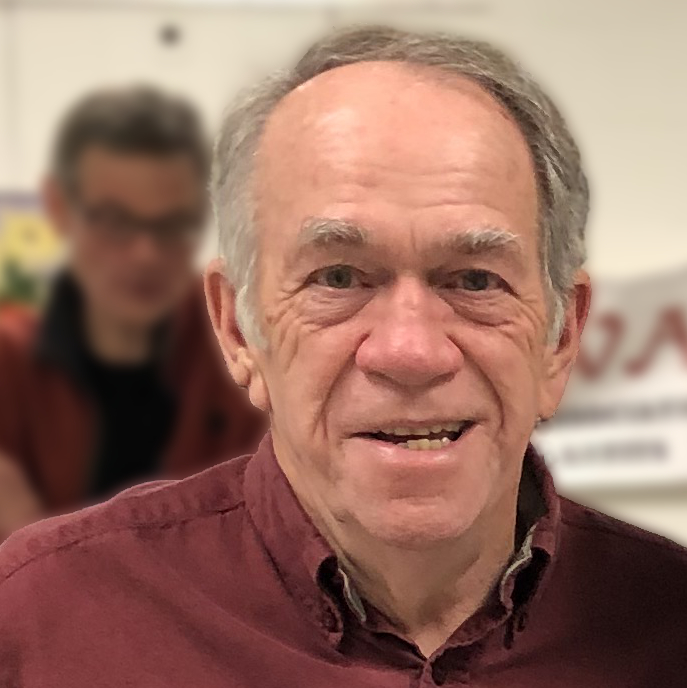 Bob is a leader who doesn’t just come up with great ideas, but also devotes countless volunteer hours to making them a reality. His years of service to the Old South Community Organization, his vision of community, his environmental activism, and his dedication to countless local projects helped secure Wortley Village’s recognition as Canada’s best neighbourhood. 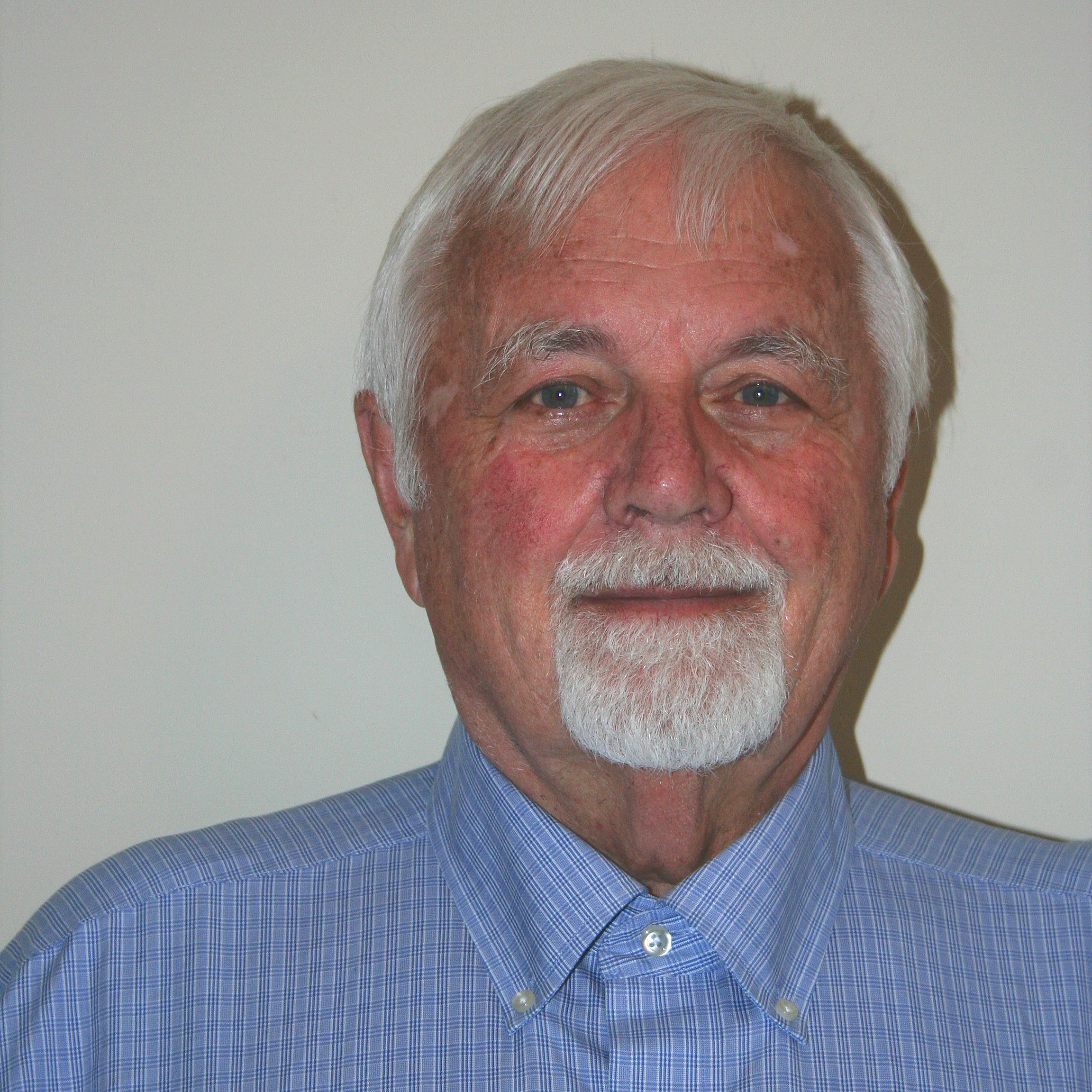 Eric has brought his tireless dedication and passion for supporting youth to the Byron community for over 35 years. He has served as a local and regional Optimist leader and can always be counted on as a trusted volunteer. In addition to coaching winter sports, he is also involved with scouting, Special Olympics, Western Fair District, and more, enhancing quality of life for local youth. 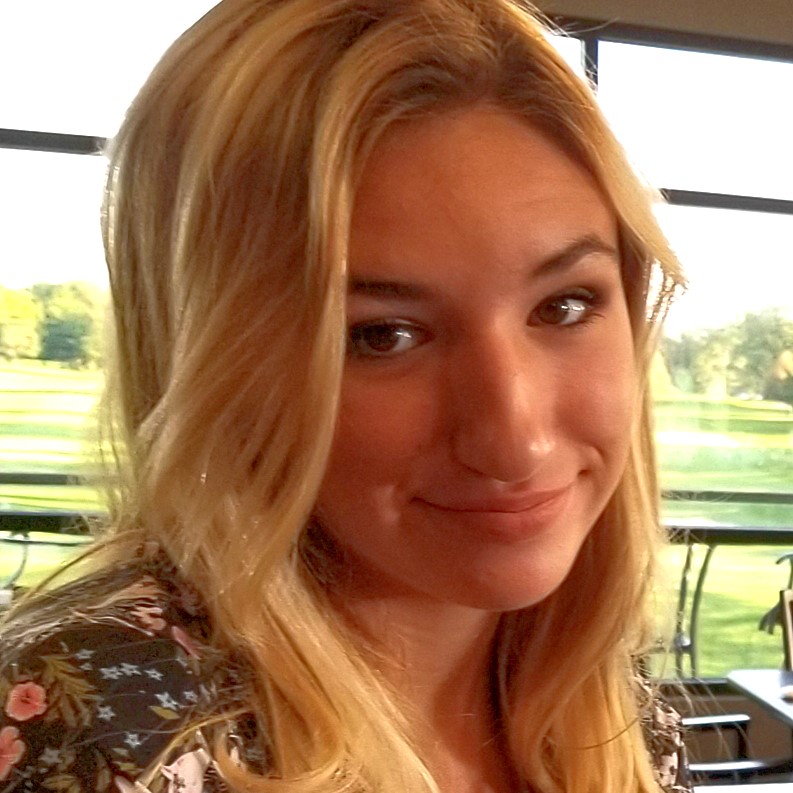 Shelby has given hundreds of hours to local organizations, and founded the London JOI Club to engage more youth in community service. Whether leading a new initiative or rolling up her sleeves to pitch in at a community event, Shelby is a true leader who inspires other young people to connect, have fun, and get involved. 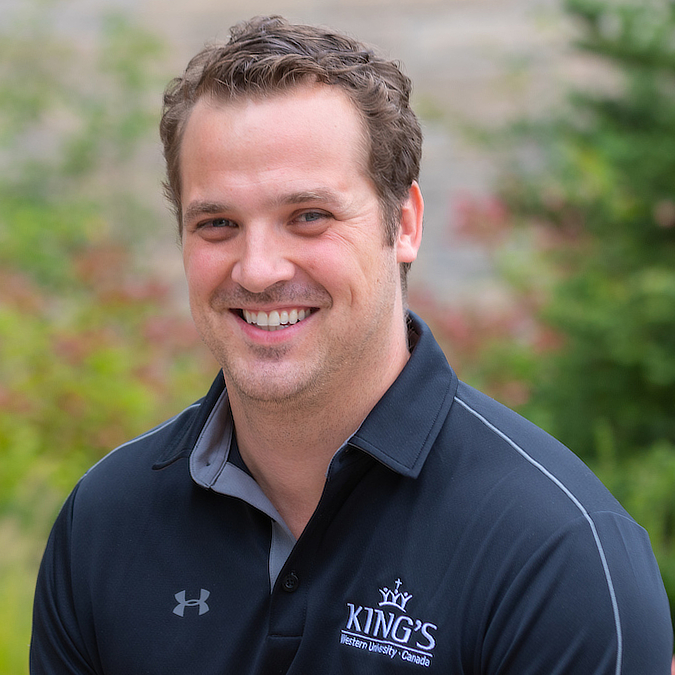 Paul is a thoughtful supporter of community and grassroots organizing in London, and gives his time generously to causes he believes in. Through the Urban League, Canadian Hemophilia Society, and King’s Alumni Board, Paul’s dedication and commitment have made a difference in our community. 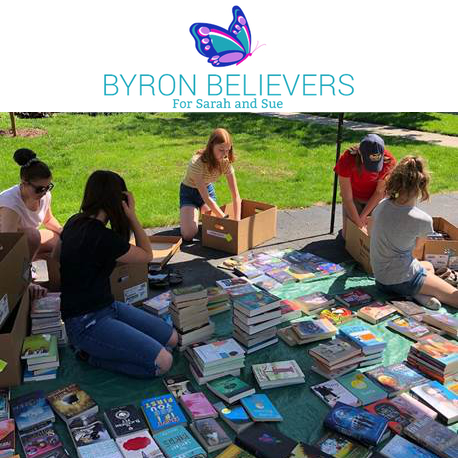 Byron Believers is a group of cousins and friends who have raised over $40,000 since 2011 through an annual summer book sale. They collect used books and sell them in honour of Sarah, who passed away at age eight after a battle with cancer, and their neighbor Sue, who passed away in 2012. After the sale, they surprise patients at the London Regional Cancer Clinic by paying their parking for the day, then donate the remaining funds to Sarah’s brain tumour research foundation at SickKids and to another cancer-related cause. Their ingenuity and commitment is a beautiful way to make a difference for other local families facing a cancer diagnosis. 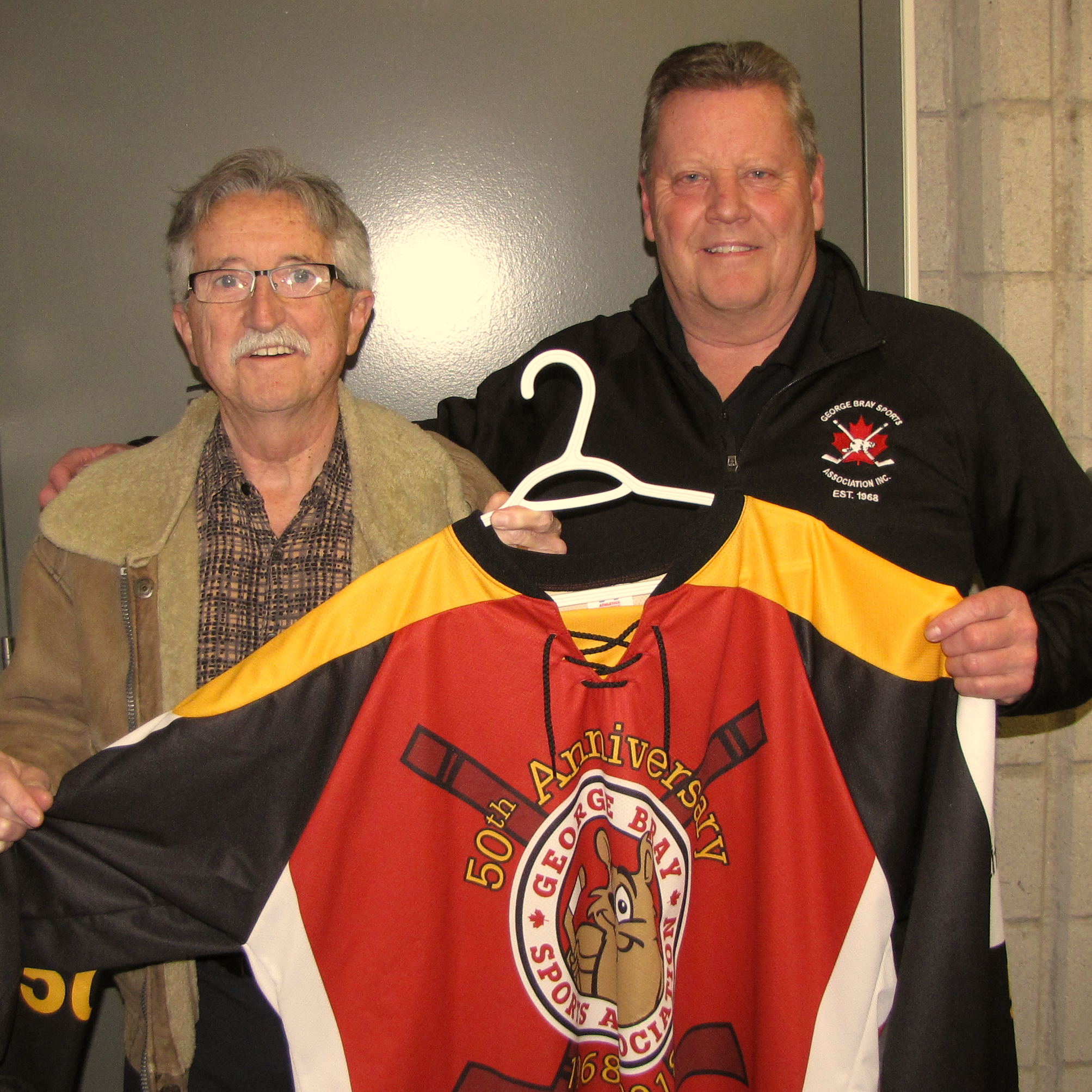 The George Bray Sports Association has been providing local kids with special needs the opportunity to play hockey since 1968. The non-profit league is run completely by volunteers who give their time to helping players develop confidence and a sense of inclusion through sport. Murray has been a part of GBSA for 45 of its 50+ years in operation, including 40 years as President. In that time, the league has grown from 80 players to up to 300. Ernie came to GBSA as the father of a 10-year-old player, and like many parents, volunteers his time to keep score, keep time, coach and more. The dedication that Murray, Ernie and all of GBSA have shown over many years has benefitted players, their families and our community in immeasurable ways. 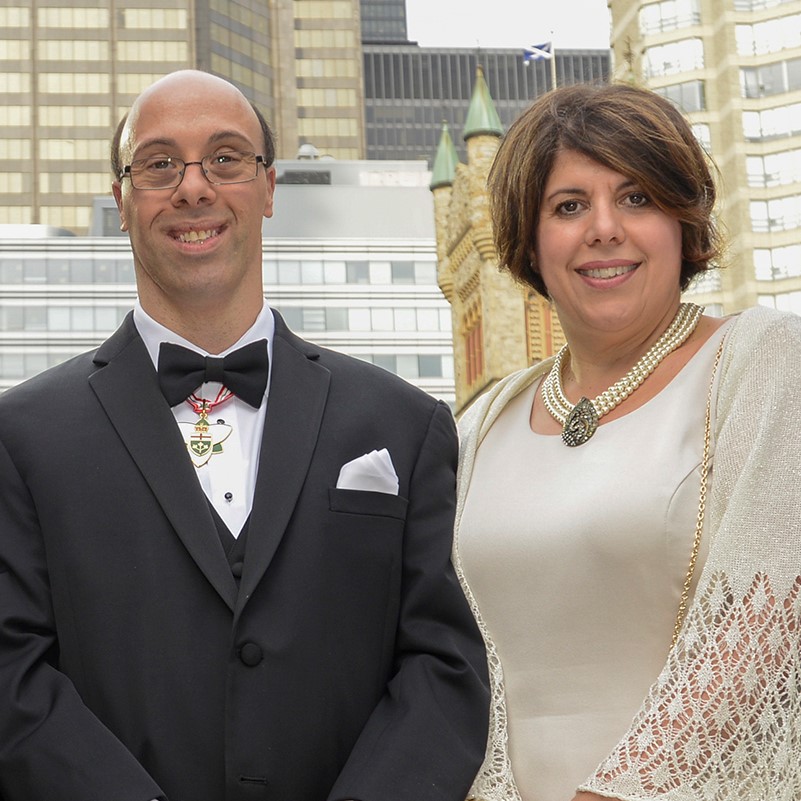 Ideal Way is a volunteer-run non-profit organization dedicated to inspiring and motivating people with disabilities and others to reach their potential. They work to make everyone in the community feel Included, Deserved, Equal, Appreciated, and Loved. In 2006, Robert created the IDEAL Giveaway Program to help relieve poverty among his peers with disabilities, and has collected and distributed more than $650,000 in merchandise in an environment that respects the dignity of participants. Other programs, like Caring Covers, “ALL Inclusive London” and the “I Can, YOU Can” leadership program, which has been presented to more than 500,000 students, have helped make the world more inclusive while enriching the lives of individuals with an intellectual disability. 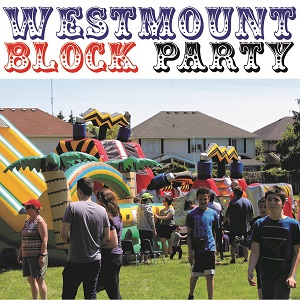 The Westmount Block Party is a collaborative effort of Westview Baptist Church, Westmount Presbyterian Church, and Village Green Community Church. In 2019, the three churches decided to work together to give Westmount residents a chance to connect, and to let people know that the churches’ doors and community supports were open for anyone, any time. Determined to make it a gift to the community, they offered 25¢ food items along with carnival games, bouncy castles, face-painting, and more. They enlisted the help of 60 volunteers and several local organizations to make the festival a smashing success, which was attended by over 600 people. The Westmount Block Party is already well on its way to becoming a favourite annual event in the community!